Where do I start? Well, I guess the first place is to start by saying.

Every season of ProBots is an absolute treat to produce, but this one felt like something even greater. We really got to push some of our levels with the show and it was great sharing that with everyone.

We got to see some epic widow mine play, some really long matches, bracket upsets and newcomers go the distance. All the while still having a good time.

After the show, we had a celebratory shot which is custom for the end of ProBots season but I was so tired I forgot to screenshot so instead of a random screenshot from the crew instead and imagine the group saluting 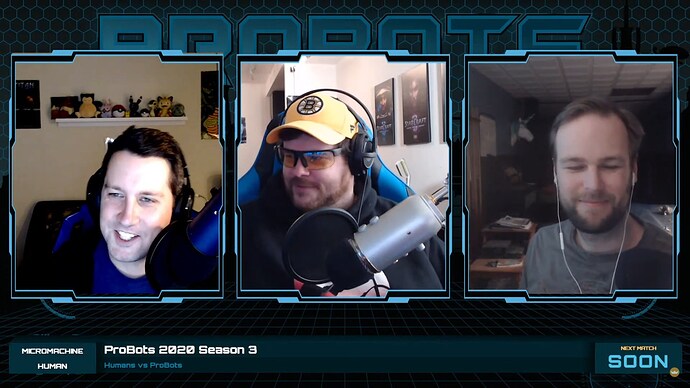 We are on break now but can’t wait to be back for more. Next season the plan is to improve on the last, so of course, leave feedback, your thoughts and suggestions.

Looking to create some show segments, so toss some ideas!

See you next season!