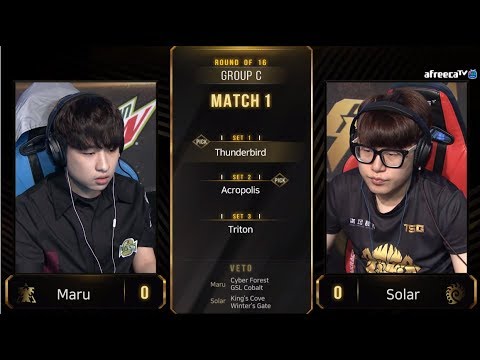 That’s a base -> you can do whatever you want afterwards
The version I suggest is extremely straightforward, build 4 factories and mass mech units and try to kill opponent. The idea is to not overcomplicate it, because in lower leagues it’s very hard to execute complex strategies
4:45 2x Refinery
5:15 2x factories
5:40 another BC
6:00 2x techlabs (yamato optional here, delays initial tanks a bit, depends whether you feel safe or not)
6:15 2x Factories
6:40 armory
7:00 reactor and techlab
7:30 +1 attack
8:00 Blue flame for hellions
8:25 3rd Battlecruiser (able to teleport and join the fight)
Build mostly tanks, unless he gets corruptors, then add some thors
4th base as you move out
Ideally you can be maxed out around 9:10-9:30, move out with massive army and hope you can kill zerg before broodlords

Saga’s notes from coaching with Matiz
ZvT vs battlecruisers

During my coaching with Matiz, I used the ZvT build in this youtube video by ViBE.


It gets you up to three bases, ten queens and a handful of roaches by around 5:00. Matiz liked the build. My coaching was about what to do after 5:00 when attacked by battlecruisers.

Scout the terran base with an overlord at 4:05-4:10. If the terran uses about four marines to deny the scout, it is strong evidence of battlecruiser play.

To learn how to identify builds with information from scouting, you can off-race, look at your replays, or look at other people’s replays or VODs.

You need ten queens to defend battlecruisers. Additionally, build a spore in each base. You may like to build two spores per base when facing two-starport BC. Keep a queen in the main base to inject. As BCs attack, nine queens can roam between the natural and third base. They can queue up injects as necessary.
When BCs attack one side of a mineral line, box some drones and right-click them on a mineral patch on the other side of the mineral line.

In the games I showed the coach, I built corruptors to defend. These are useful for pushing the BCs away. They trade inefficiently, however, as the BCs yamato them and immediately teleport away. The true counter to BCs is infestors. You can chain-fungal them to prevent them from teleporting as your corruptors kill them. Other options include mind-controlling them and teleporting them to put their teleport ability on cooldown. This prevents their escape. You can even teleport them over a forest of spore crawlers. I told Matiz that I hardly ever used spellcasters. He said of course it is difficult to use them at first and suggested using the chain-fungal method as a first step.

Instead of going into infestors, you can go all-in off of a sixty-six drone economy. You use roach-ravager-ling-bane-corruptor