Get Better at SC2 Without The Stress - The StairCase Method Revisited 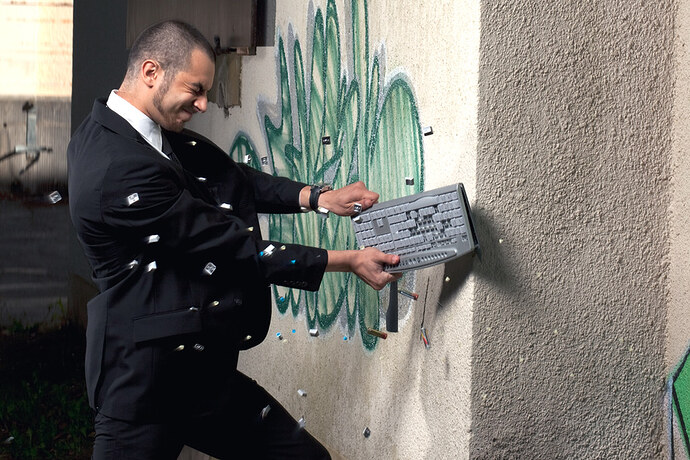 StarCraft is a hard game, I think anyone reading this already knows that but if you’ve already made it through to a certain stage of the game (diamond + ) then you’ve already got a good handle on the game to stick with it. What about those who don’t have enough experience?

Something that has always bothered me about the game is how it onboards newer players. There is so much to know and learn that it feels overwhelming. Though campaigns and tutorials make attempts at introducing the basics fall short of guiding through the core experience which is multiplayer. Players are tossed on an aggressive ladder to fend for themselves and get beat up time and time again with little guidance of what they should be doing next. Not to mention watching your precious MMR points go down is harrowing at any level.

Enter The StairCase, a system developed by JaKaTak with the idea of introducing players to the full multiplayer game at their pace. When I first stumbled onto it, I fell in love with the system, but I ran into some key problems. It was outdated, some websites it used are no longer around. Not wanting this to fall out of complete use, I have updated some of the elements and want to give it a shot at re-introducing it.

The Staircase is an improvement method that emphasizes making StarCraft 2 fun for lower league players while introducing core skills to focus on when they are ready. At lower leagues, it feels like you need to learn a ton. Build orders, raising your APM and micro, it all can feel overwhelming and stressful. The StairCase says "forget all that! We are going to work on a core skill, your ability to spend effectively and have fun while doing it! ". Using the StairCase Method you’ll play through 6 simplified steps, 7 if you play zerg. With each step adding more and more complexity to the game as you pass each level. Here is the kicker, you don’t have win the game to pass to the next level. Keep your enjoyment up, we are going to take your attention off that scary MMR and gives you new numbers to pay attention to. 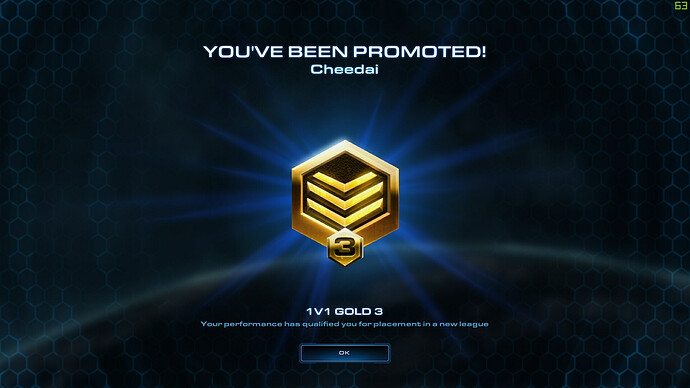 See this screen? Stop worring about it

Your goal while doing the staircase is to spend your resources efficiently. That’s it, you don’t have to win the game to pass to the next level. For that, we’ll need 2 new numbers to focus on : Spending Quotient & Supply Blocked Time. Spending Quotient or SQ is a measurement of your economic management of the game that uses your unspent resources and collection rate in a formula to produce a number. GOOD news is you don’t have to calculate this yourself, most StarCraft replay analyzing sites have this number available. While Supply Block Time is the time measured in seconds that you spent unable to produce units because you don’t have enough supply structures. On their own our SQ and Supply Block time don’t tell us anything. So we’ll compare them to the global averages to see how we measure up. Each time we match the global averages for both we’ll count that as a success. To keep it simple we’ll use the averages from Masters Players to benchmark against, This isn’t the league we are aiming to end up in, but the spending of skill of players we want to play like

First, we’ll need to set up a way to extract data from our games. For our purposes, we’ll use Sc2Replaystats.com but you can use any SC2 relay analysis site as long as they provide up-to-date data.

Getting Global Averages from SC2ReplayStats

Next we should setup a means to track your progresss, and keep info handy. An Excel spreadsheet will do, In here you’ll post how you did each game, to know when its time to the next step.

Ok here we are, the brass tax of the method. Play melee games as your preferred race, using a limited amount of units based on your step.
We’ll be breaking units up into 2 categories Given Units and Battle Units. Every Race has given units and make up the basic fighting units and only cost minerals, While Battle units are higher tier tech units and will often also cost gas. When we say melee games, we mean games that have the victory condition ‘destroy all opponent buildings’ so this could be against the Ai, against your friends, on the ladder or in teams whatever is the most fun but custom games and Co-op games wouldn’t count. After each game you play, check your game’s replay stats against the benchmark. If you hit your benchmarks 4 out of 5 times you can move to the next step 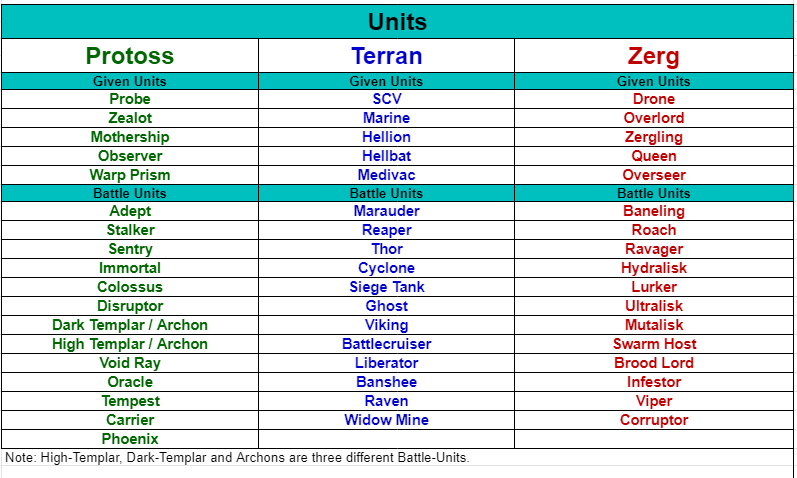 If you’re a zerg player you’ll start here, sorry but you got an extra step. Navigate to the Arcade and Play “Creep or Die” (you can paste this link in bnet chat and click it : battlenet:://starcraft/map/1/271630 ) . This arcade game is a mechanic map focused on improving your creep spread. Place the Computer on Very Easy and complete the objectives of spreading your creep across the map all while keeping up your spending. Do this 5 times while using atleast 20 creep tumors to move on.

Play a melee game of Starcraft 2 (Mine only Minerals. (no gas) Attack Move given units on the minimap only. do not look at battles, don’t worry about micro

Mine only minerals (no gas) and a bit of micro, control your given units to the best of your ability

Mine Gas and Minerals and Control your given units to the best of your ability.

Choose 1 Battle Units. Aside from the Given Units, this is the only unit you may build. Play a game

Choose 2 Battle Units and add them to your Given Units, these are the only units you may build.

Choose 3 Battle Units and them to your the Given Units during the game, these are the only units you may build.

Just a few things to remember

After step 2 only look at your base when necessary, use hotkeys, control groups and camera locations as much as possible, play aggressivly and avoid static defence.

There are no build orders to follow, build what you want within your step and experiment.

After completing TheStaircase you will have a solid foundation of mechanics that will make learning strategies, build orders, and keeping up with the meta-game of Starcraft 2 easier and more fun.

Thanks for reviving this. I wonder if this would be easier as a mod and maybe have it that there is a site that tracks the progress. The spreadsheet is a good place to start but I feel like there must be a better way to track the progress.

So GGGReplays.com has it built into it but the problem is it’s a bit outdated in the data it takes in because the site isn’t so heavily trafficked like it used to be.